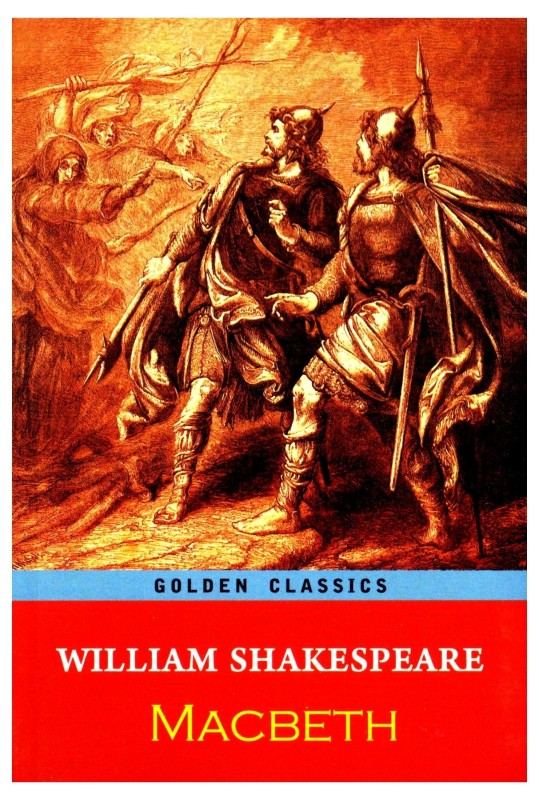 Price ₹60 Macbeth is a classic by renowned poet and playwright William Shakespeare, and narrates the tragic story of General Macbeth’s life following an eerie prophecy. Summary Of The Book Macbeth is a general in King Duncan’s Army, as is his friend, Banquo. While returning from battle, the two men chance upon three witches, who make them a prophecy each. They say that Macbeth will be the first to be Thane of Cawdor and then King of Scotland and Banquo, and will beget the future Kings of Scotland. At first, the men think nothing of what the witches have told them, but a short while later, a message arrives that Macbeth has been named the Thane of Cawdor. Thus, unfolds a tragedy of epic proportions. While Macbeth is still skeptical of the truth in his foretold future, Lady Macbeth is assured that her husband will be King. Guided by the realization of the witches’ first prophecy, Macbeth and his wife hatch a devious plan to initiate the fulfilment of the second and more significant prophecy. Macbeth’s misguided desire for power pushes him to commit the ultimate and most unthinkable act of betrayal, opening the doors to murder, loss, deceit, and more betrayal. Where does the witches’ prophecy take Macbeth and Banquo? Find out in this book that is a timeless and profound examination of the human condition, which is the same today as it was in the time of William Shakespeare. Macbeth was written in 1606 and is William Shakespeare’s darkest and most tragic and powerful play. It is considered as being among some of Shakespeare’s greatest plays. The play has been adapted to the screen several times in the 20th and 21st centuries. About William Shakespeare William Shakespeare is a world-famous English poet and playwright, often known as the ‘Bard of Avon’. Some of his most well-known works include Romeo and Juliet, Julius Caesar, The Merchant of Venice, Hamlet, Othello, King Lear, and The Tempest. Shakespeare was born in England in 1564. He was married at the age of 18 to Anne Hathaway, with whom he had three children. Shakespeare’s Sonnets contain some of his most famous poems, which continue to be read, quoted, and repeated across the world, to this day. He wrote 38 plays and 154 sonnets in total. He is considered one of the greatest English writers. He died at the age of 52.